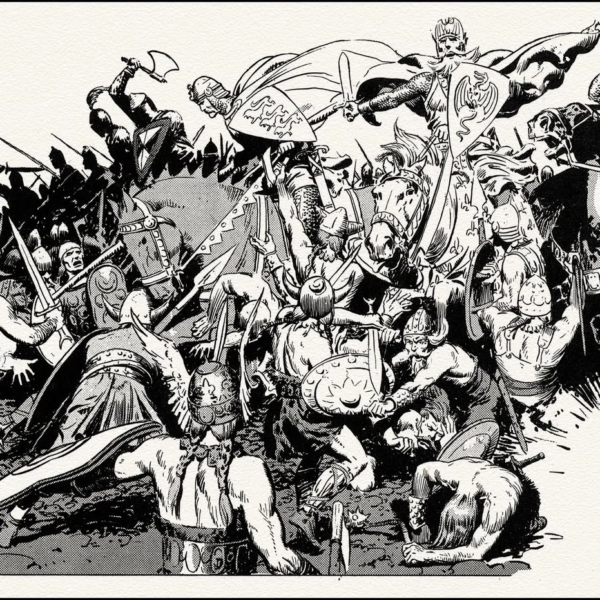 This page is here to support my Pendragon campaign(s)

Vale of the Abandoned

This is the first forray into the pre-Arthur mystical England.
Timeline wise it starts about half a generation after the Roman legions left Britain, never to return. The country is divided into domains held together by whatever warlords or city-mayors are able to claw their way to the top. In Londonium king Konstantine holds court. He is a just and effective king, but his reach is limmited to the east.
In the north, west and south, Law itself is in the hands of locals, and virtualy nonexiastant outside settlements, and rare even there.

Tone of the land.
Shadows are growing longer. Safety and justice are vanishing concepts. Greed and corruption are dominant amongst the rulers of England
More and more creatures are attacking settlements and travlers. Magic creatures are spottet more often. Elves, goblins, ogres, hags travel the fringes of the land. From the abandoned graveyards and battlefields the undead rise to haunt the living.

The Vale (still to be named)
Situated between two sets of mountains, the vale is mostly old oak forrest, with a few handfulls of abandoned minor settlements. Most of these are hamlets situated along the river Sexton. At the mouth of the river lies the now abandoned roman harbour fortress ruin Sextonium. The harbour now serves a few small fishingboats.

The roman road leading into the vale, to their former fortress, is in disuse, and shows the signs of lacking maintnaince for decades. Bridges have fallen into the water and in many places the woods have reclaimed the land, with baffeling swiftness.